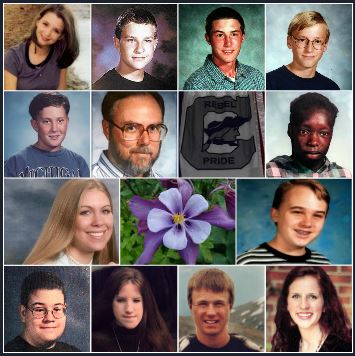 I distinctly remember four news events before the age of ten.

Two of these events happened less than an hour away from my home in Thornton, Colorado. This Saturday will mark the 20 year anniversary of the Columbine High School massacre and since that time mass shootings have become more and more frequent, even commonplace.

There isn’t too much I remember about that day. My school had a lock-in, which simply meant that we had to have recess inside. I remember hearing all about the event on the radio and listening to adults mummer to one another about how shocking it all was.

Less than a week later, my mother took me to the makeshift memorial at Clement Park. I remember seeing balloons, beanie babies, candles, cards, plastic necklaces, and mountains of flowers.  We didn’t bring any gift to leave at the site and I too wanted to leave something just like all the other visitors. My mom took me back to the car and I began to rummage through my backpack to look for something that I could offer. 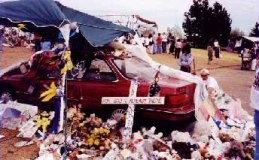 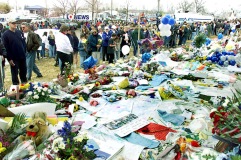 I am across a drawing I made a week earlier that was an idea for a comic strip that I wanted to make. I came to the realization that the people who were killed will never have another idea or the ability to create something ever again. Anything they would ever contribute to the world would never happen because they were now gone. The boys responsible for the event could not create, so they had to destroy.

My gift was simply an idea, to make up for all the ones that were lost on that tragic day. I took my drawing and placed it under a little shelter at the memorial. I didn’t want my drawing to get wet from the coming rain. 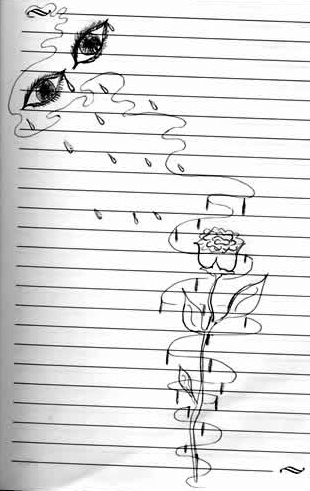 A drawing from Rachel Scott’s notebook. She was the first victim of the massacre. Ironically, her doodle shows 13 distinct tears, which is the same number of victims from the shooting.

For many people, April 20th is a day of celebration and jubilee, but for some, it is a day that they were lucky enough to survive. If one thing is for sure the scars of Columbine run deep and it marked a time that a type of innocence was lost in our country.

Today, a permanent memorial exists to honor the victims. It is a place that you are always welcome to visit and reflect. 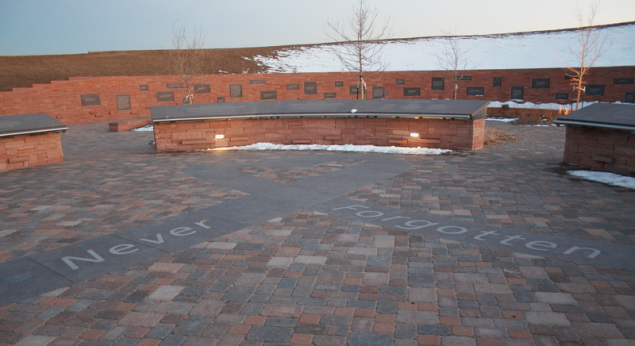 –Columbine Guide (Includes information about the tragic event, including diary entries and transcripts from the infamous basement tapes.

–Bearing Witness: Columbine and the News Media (A podcast that focuses on the news coverage behind the event, with interviews from the people who were there and those affected by the tragedy.

–Rachel’s Challenge ( Anti-bullying program that was inspired by Rachel Scott.)