At the center of the Anschutz Medical Campus in Aurora, CO lies the old the Fitzsimons Army Hospital or also known as Building 500. These days the old hospital is used for office space for the continuously growing Colorado University (CU) operated campus, but at one time this building served to be one of the most important developments to ever happen to the Denver Metro Area. 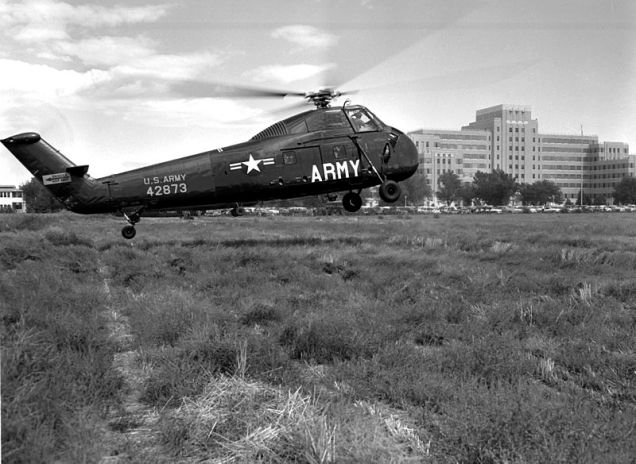 The Story of Fitzsimons Army Hospitals past. @wikimedia

The Fitzsimons Army Hospital was the place where President Eisenhower recovered from his heart attack back in 1954, the birthplace of former Secretary of State and Presidential Nominee, John Kerry, and the home to a bustling military community.

END_OF_DOCUMENT_TOKEN_TO_BE_REPLACED

Colorado just lost one of its most influential art icons, Lawrence Argent; the man who is most notably known for creating the giant blue bear that peers inside the Colorado Convention Center. The blue bear oddly enough is the second iconic giant blue statue in Denver.  What can I say? We really like giant blue animals in Colorado.

Lawrence Argent was not native to Colorado but was in fact born overseas in Essex, England. He spent most of his childhood years in Australia and came to America after he finished his education. He came to Colorado in 1993 when he landed a teaching job at the School of Art and Art History at the University of Denver.  Since that time he has called Colorado home and has made numerous contributions to its art culture.